In this update, we’ve addressed some remaining user experience issues which you’ve been asking for when version 2 first launched, and lessened the pain of encountering block errors. Update to version 2.2.0 now.

To help with the user onboarding process, we’ve added a popup for first time users that shows our 3-minute Introduction Video.

The introduction video will be shown the first time you encounter a Stackable block.

Once you close the video, it won’t be shown to you again.

We’ve added in 2 new shapes: Wave 4 and Rounded 3. Here they are in action:

If you’re wondering about the red and purple layers on the Separator, that’s a Premium feature.

When we introduced the ability to add top and bottom separators for each block, we had a lot of requests to add a vertical flip option to them.

It took us a bit of time to add this feature in since we had to create inverted versions of every separator shape that we had.

But at last, the vertical flipping has arrived, and now you can just toggle the option on and off to reverse your separators.

The block editor is a sensitive tool. You may have encountered a few times (even with other blocks) your blocks becoming invalid and getting errors.

Tip: You can use the “Attempt Block Recovery” option to fix most block errors.

Block errors may be caused by a number of things. It may be from manually editing your blocks, or it may even be from our plugin updates.

There have been times that bug fixes that we’ve made also made a few of your blocks produce an error.

Moving forward, you should encounter less block errors. We’ve added in some automatic block recovery measures in order to lessen the block errors from occurring for Stackable plugin updates.

While this block recovery feature isn’t at all flashy – if it works, it means that you shouldn’t notice anything – it is an important addition since this paves the way for us to be able to provide a lot more fixes and changes without the fear of invalidating blocks.

For example, we’ve previously held off from updating FontAwesome icons since it would produce block errors. Now, we can update the library, adding fixes and new icons to Button blocks and other blocks that use buttons.

If you turn on Jetpack’s Site Acceleration feature, the images you used inside your Stackable blocks would be served to your visitors using Automattic’s free CDN service.

This only partially worked though. Previously, any background images you may have used would still be served by your website and not by Automattic’s CDN.

We’re happy to say that Site Acceleration would now also affect the load times of all the background images in your Stackable blocks.

Aside from the new features above, we’ve also fixed quite a few responsiveness issues, more notably for the Feature Block and the Blog Posts Block. 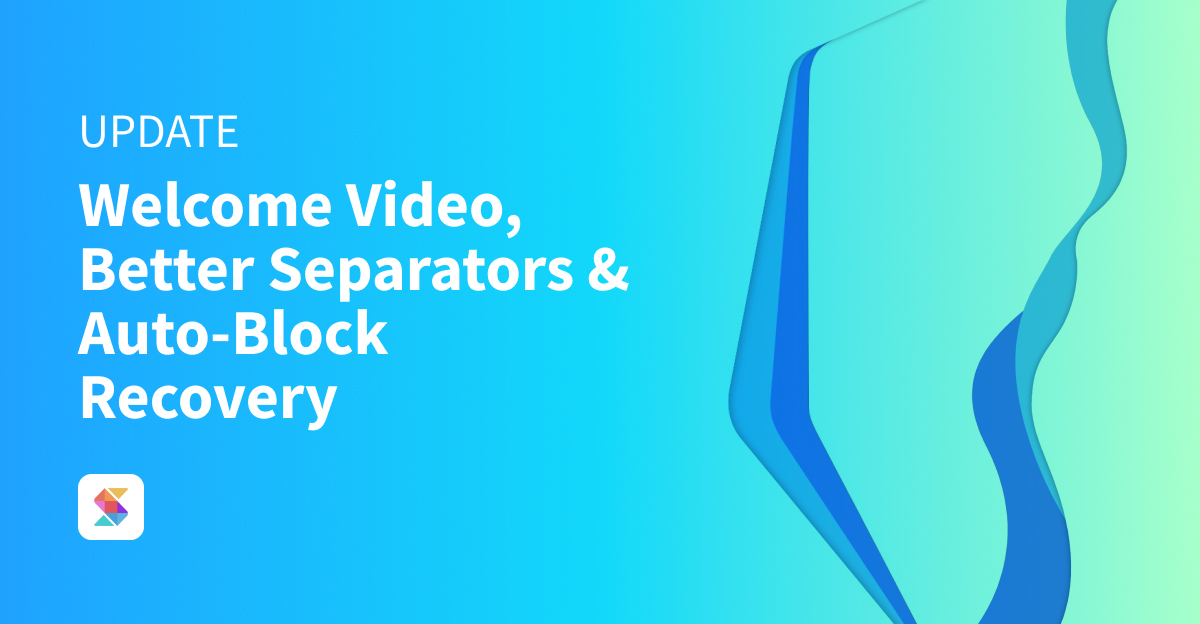 This site uses Akismet to reduce spam. Learn how your comment data is processed.

To use Stackable, you need to have a WordPress website up and running.

In order to start designing your website with Stackable, you need to have a WordPress hosting plan. Here’s what we recommend.

Other uncategorized cookies are those that are being analyzed and have not been classified into a category as yet.

Advertisement cookies are used to provide visitors with relevant ads and marketing campaigns. These cookies track visitors across websites and collect information to provide customized ads.

Analytical cookies are used to understand how visitors interact with the website. These cookies help provide information on metrics the number of visitors, bounce rate, traffic source, etc.

Performance cookies are used to understand and analyze the key performance indexes of the website which helps in delivering a better user experience for the visitors.